Assassins will soon unlock The Way of the Phantom specialization!

It’s time to become one with the darkness. The Assassins have honed their abilities and are now calling upon the help of their Shadow Stalkers. The Way of the Phantom is the new, deadly specialization for the Assassin.

Way of the Phantom

Way of the Phantom unlocks your hidden dark energy and calls forth shadowy allies to assist in eliminating your target. 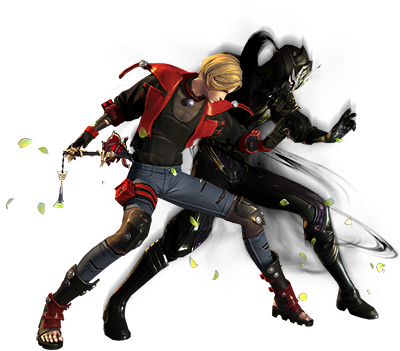 Similar to the previously released third class specializations, Way of the Phantom introduces a new stance. Some abilities will feel familiar, but you’ll notice some updated abilities as well as being able to use Shadow Stalkers for quick attacks. The main mechanic of this new specialization is stacking Phantom Marks. You can stack up to five Phantom Marks by using specific abilities, as shown by the UI element on the screen. Phantom Marks will be useful when switching into the Phantom Stance, as it allows you to consume these stacks to use certain special abilities. If you don’t have any stacks, you won’t be able to use the special abilities!

You can enter the Phantom Stance by pressing the Tab key. Upon entering this stance, you will channel your inner darkness and become a shadow of yourself equipped with a dagger glowing with dark energy. You’ll only be in Phantom Stance for a short time, but while you’re in this stance, your normal abilities will be enhanced.

While in the Phantom Stance,  you will have access to powerful abilities such as Phantom Shuriken (3) and Night Reaver (4). These abilities deal high amounts of damage, but will consume your Phantom Mark stacks. Abilities that take away from your built up Phantom Marks will concurrently grant stacks of Twilight.

Twilight stacks can be consumed by using Twilight Strike (F), which becomes available after using Twilight Slash (RMB) three times. Using these stacks of Twilight will lower the cooldown of the Phantom ability. With proper play and practice, it will minimize your time not in the Phantom Stance.

Legendary Stage 10 or Awakened Earrings, Necklaces, and Rings can be evolved to the third specialization through the equipment management system by using a Phantom Emblem. Phantom Emblems can be purchased from the Dragon Express for 1 Gold.

To change specializations for the Stage 10/Awakened Stormsiege Bracelet and the Stage 10/Awakened Wildsong Bracelet, you will need (1) Unrefined Thundercall Bracelet that you can purchase from Elusive Merchant Hee Gisang in Emperor’s Tomb for (24) Oblivion Fragments or (6) Elder Scales and (8) Oblivion Fragments, as well as a fee of (3) Elder Scales and 70 gold.

Don’t turn your back on this new specialization, or it may be your final mistake! For a deeper look, we’ll be going over The Way of the Phantom specialization and more during our Blade & Soul: Shroud of the Assassin update livestream. Tune in on February 13 at 11:00 a.m. PST / 20:00 CET  over at Twitch.tv/bladeandsoul to see what’s coming!