Nova Core is a new 6v6 battleground with a galaxy full of new items for you to earn!

A mysterious and ancient complex was discovered deep in Solak, but its purpose was unknown. As researchers pondered over the purpose of this celestial temple, ancient texts were discovered revealing everything they needed. Nova Core was not only a marvel to behold, but it was also a game the ancient people enjoyed on a seemingly cosmic scale. Working tirelessly, the researchers have restored it to its former glory, and made it available for all … just try not to break anything. 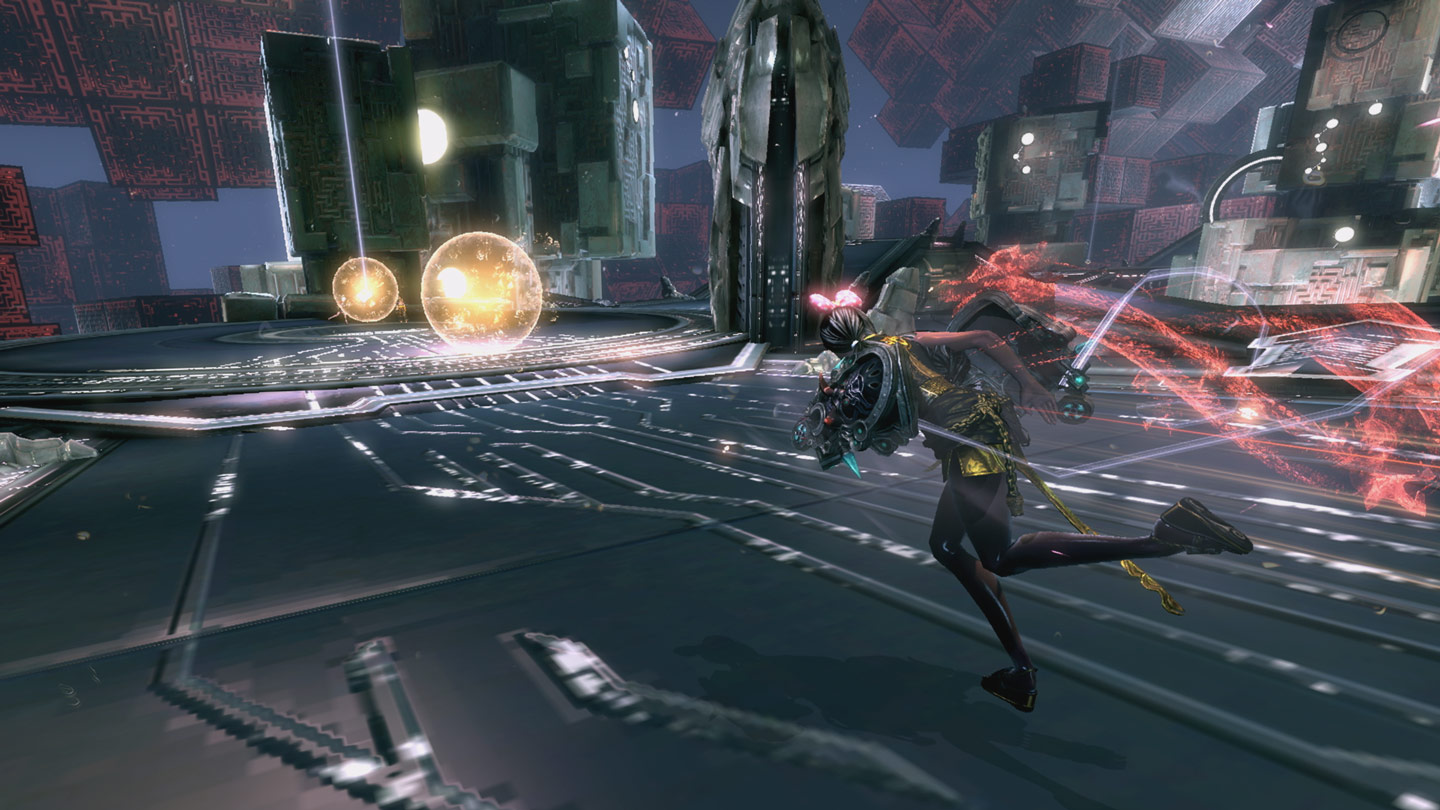 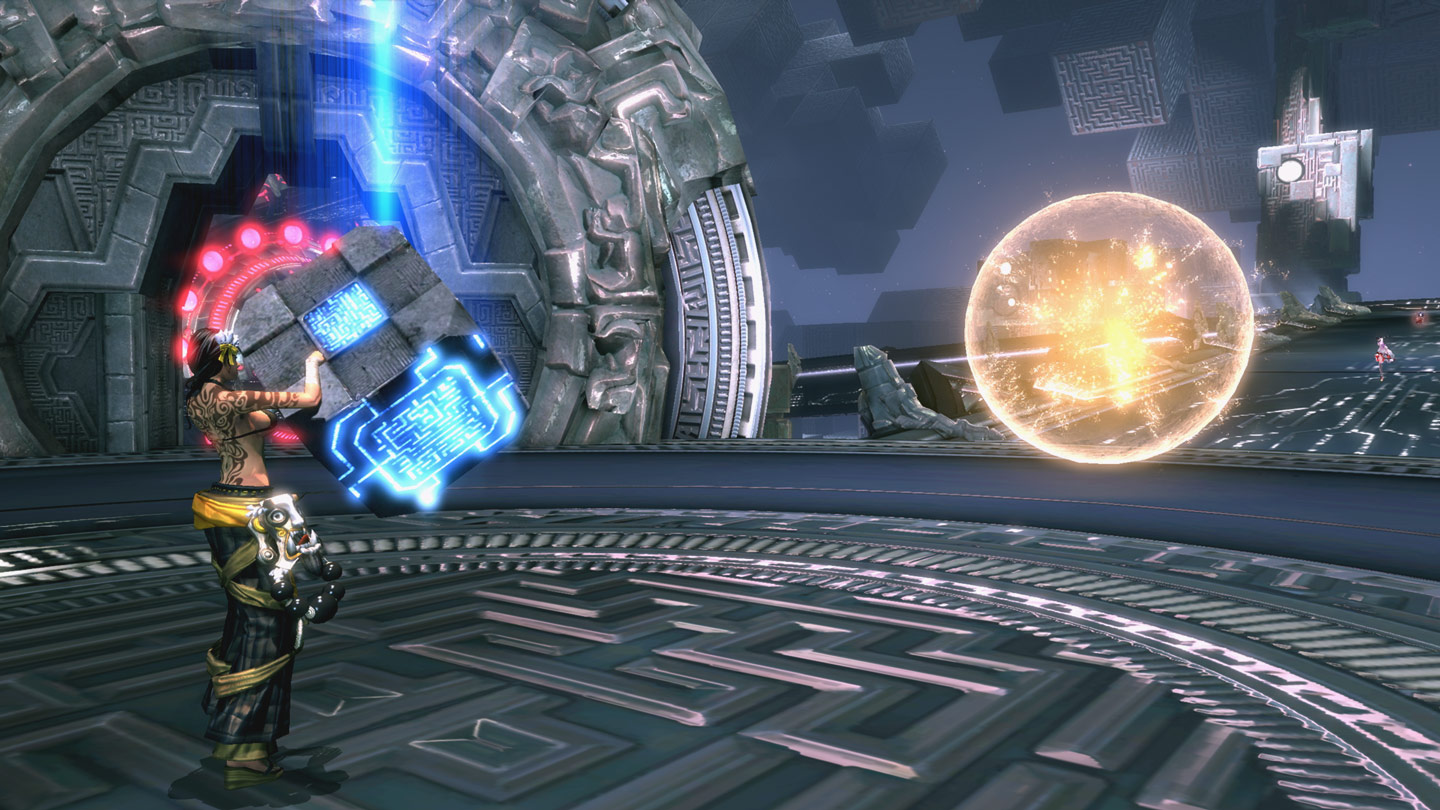 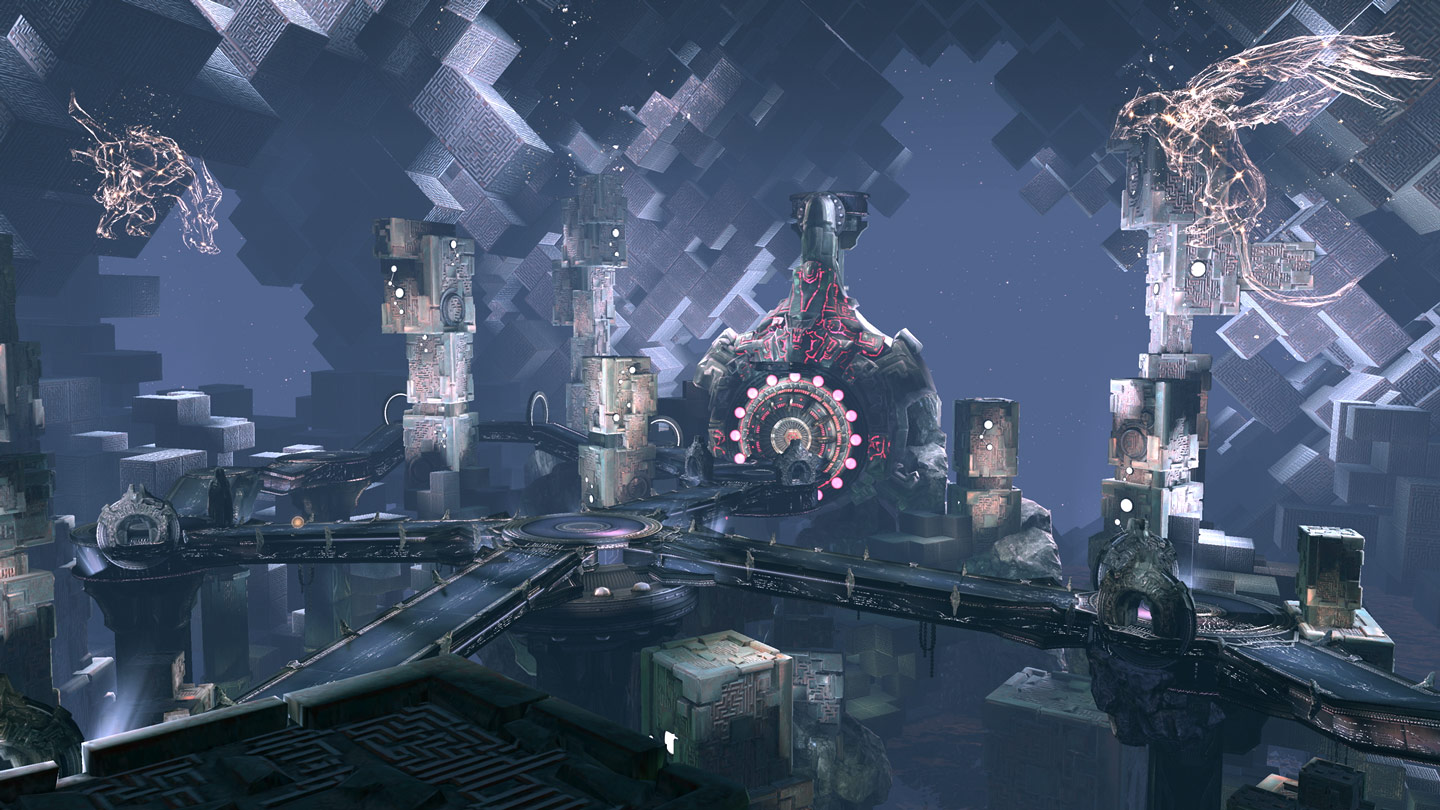 Nova Core is a large 6v6 battleground where you’ll work with your team to guide massive orbs of energy, known as Pulsars, towards your own “Gateway” to gain points. There are two main paths leading to each team’s goal from the center point, and throughout the battle Pulsars will spawn in the center and travel along a path towards either Gateway. The key to guiding the Pulsars to your Gateway lies at the three Switches along each path. Upon reaching a Switch, either the Pulsar continues on its path or reverses to go the opposite direction. You can see the status of each Switch on the map. To change the way a Switch will direct a Pulsar, interact with the Switch by pressing F. Your team will score a massive 250 points for each Pulsar that reaches your goal, and your team will also receive a consecutive bonus if you score multiple Pulsars in a small window of time. Your team will also score 10 points for each kill. This being a battleground, the added difficulty of course comes in the form of players entering combat to stop Switch changes, misdirecting away from their own changes, and racking up the points that come from kills.

At the top-center of the screen you’ll see a snapshot of the team’s scores, which phase the match is currently in, as well as how many Pulsars are currently on the map. There are three phases which cover roughly one third of the match each. The speed of the Pulsars and max number of Pulsars on the map increase with each Phase. Towards the end of the match the battleground floor shifts, and shortcuts will become accessible to help you get around the map more quickly, as well as the third Switch for each team.

As with previous battlegrounds, the first team to score 1,800 points wins—or the team with the highest score when the time runs out.

There are some brand new rewards to be earned from Nova Core as well as rewards you already know and love:

With the addition of a third battleground, the current battleground schedule will be adjusted to accommodate. All times shown are in server time.

Gather your team; Nova Core and much more will be available in Blade & Soul: Call of the Deep—arriving February 7!