The life force of creation and its effects on the world

Chi is the life force of all creation. It is an unending force that flows through all reality, connecting the realms and all living beings in its breadth. Like water, chi will gather in great swirling eddies or burst from the earth like a geyser. Like blood, chi exists within all living creatures and is vital to their survival. Despite how prevalent this mystical, invisible energy is within the world, it is still highly misunderstood by most. Learning to Windwalk by manipulating one’s chi is something even children can do. But truly mastering the awesome power of chi may take a lifetime of rigorous training, yielding abilities beyond comprehension.

Often somewhat mistakenly referred to as “Pure Chi”, this strange energy fuels and is fueled by all living beings. The earth, the air, the water – all have chi that courses powerfully through every aspect of their existence. Living creatures have chi as well, which is directly related to their health and martial prowess. The true martial artists of the world have mastered their inner focus to perform stunning feats and demonstrate otherworldly powers. Most anyone can Windwalk, but few bear the particular skills to harness the flow of chi in the world necessary to control Dragon Pulses. These natural wellsprings of chi can be manipulated, allowing a powerful martial artist to bend space and time, traveling long distances in an instant.

With years of training, martial artists have developed unique forms of combat that utilize their chi in extraordinary fashions. Their bodies harden against damage or heal rapidly with only a bit of food and meditation. They may channel their chi through ordinary weapons to make them even more deadly, or connect their own energies into those of the natural world to commune with Familiars or the very elements. Some legendary warriors have even been able to defy death itself through their mastery of chi. If there are any true limits to what could be achieved with the power of chi, they have yet to be discovered. 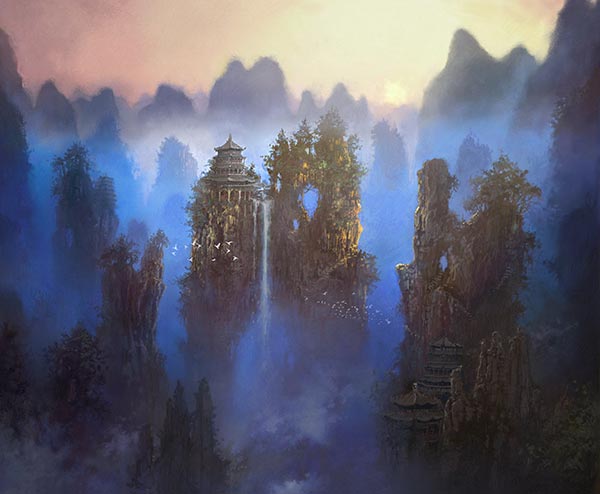 Beyond the Earthen Realm rests the unseen Divine Realm, where the pure-hearted spirits and enlightened beings watch over the world. Their chi is pristine and mighty, bearing a power that echoes through the ages. The royal family of the Stratus Empire gained the blessings of the Divine beings in ancient times and thus all its descendants bear a hint of that Divine Chi within them, passing from generation to generation.

It is not a power that is easily gained though. Few mortal beings ever bear the Divine Realm’s energy within them and even fewer master it. But those who do become enlightened enough to embrace Divine Chi stand ready to face the darkness without fear, for the wicked forces of the Dark Realm burn like kindling in the face of such radiance. 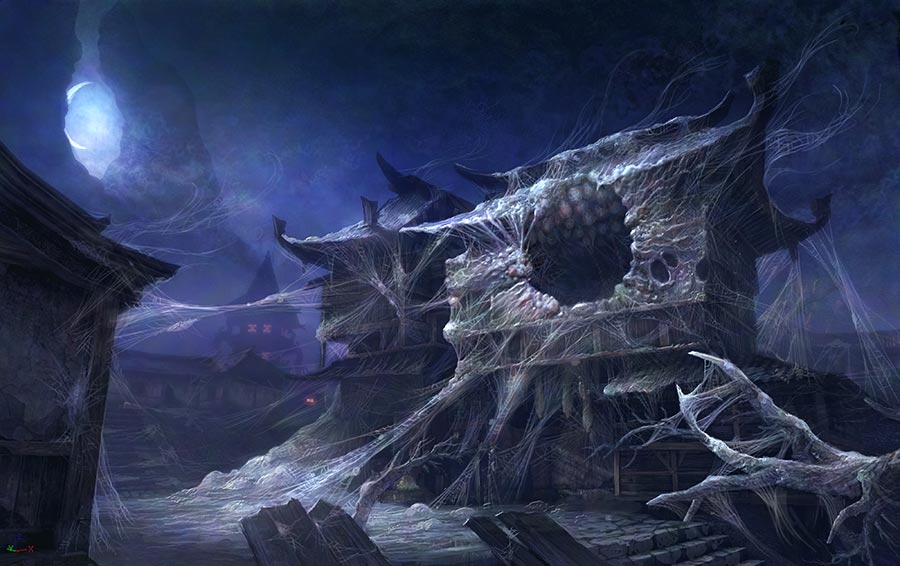 For every light, there is a shadow. Dark Chi is a malevolent poison that spews from the Dark Realm. Demons spread it whenever they are able, using its raw power to corrupt both the earth and its people. Anything that bears chi within it runs the risk of being tainted by this horrid energy. Normal civilians stand no chance against it as their bodies die and transform into Demons. Powerful martial artists may fend off the effects of Dark Chi for a time through intense focus, but they will eventually succumb to its toxic influence as the darkness seeps into their mind. Truly powerful beings may still fall under its influence and transform into nightmarish monstrosities.

Worse still are those unsavory souls who actively seek out Dark Chi, drawn to its alluring power. By focusing on their rage, greed, or other earthly vices that keep them from enlightenment, they try to use the Dark Chi to their own ends. Manipulative Demons seek out these evil souls, promising them immortality or endless fonts of power so that they further spread their chaotic influence. While the baleful energy does indeed grant inhuman prowess, it is only temporary. The Dark Chi is a starving animal that will inevitably devour them, body and soul, as it seeks to spread across all the realms.

Learn more about the world of Blade & Soul in our other Lore articles, Introduction to Wuxia, History of Jianghu, and The Regions of the World.