This is a brand new 6v6 PvP mode that challenges teams of players to capture and maintain control over a number of objectives to earn points. The first team to 1800 points, or the team with the most points when the timer runs out, wins. Your team can earn points by holding objectives, defeating enemy players, and for killstreaks. After a match you’ll earn Battle Points, which you can then use to purchase rewards from new Battlefield Traders that have a wide range of items for sale including upgrade materials, Soul Shields, and costumes. 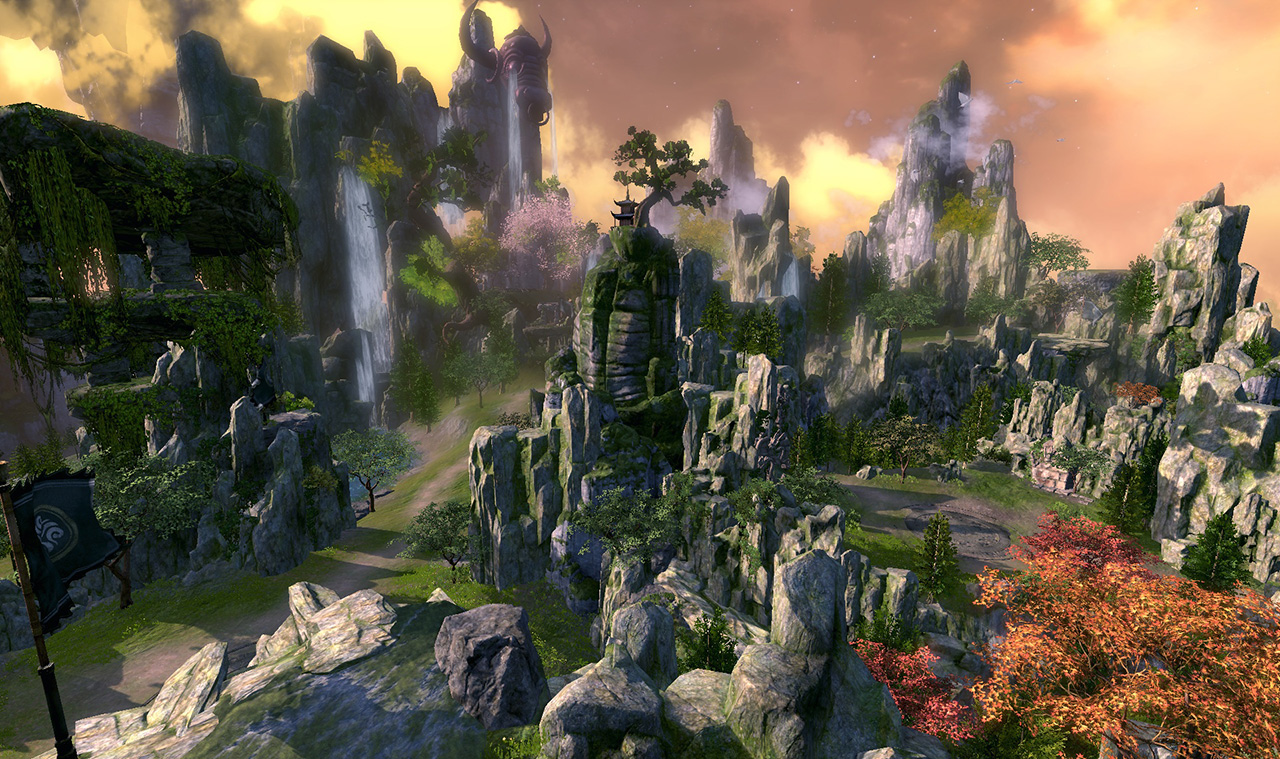 Whirlwind Valley is entered through the F8 (Cross Server) menu, and unlike the Arena, player gear is not equalized. This means that your progression in the game content—and quality of your gear—will play an integral role, but good strategy and teamwork will ultimately decide who wins.

Explore a ruined palace compound far in the frozen north of the Silverfrost Mountains. The tragic tale of Prince Sogun is told throughout your adventure here, and you may finally be able to help put his tortured spirit to rest. You must fight your way through the palace’s defenses, including a small army of elite troops and summoned monsters, before finally facing off with Asura—the palace’s final boss. 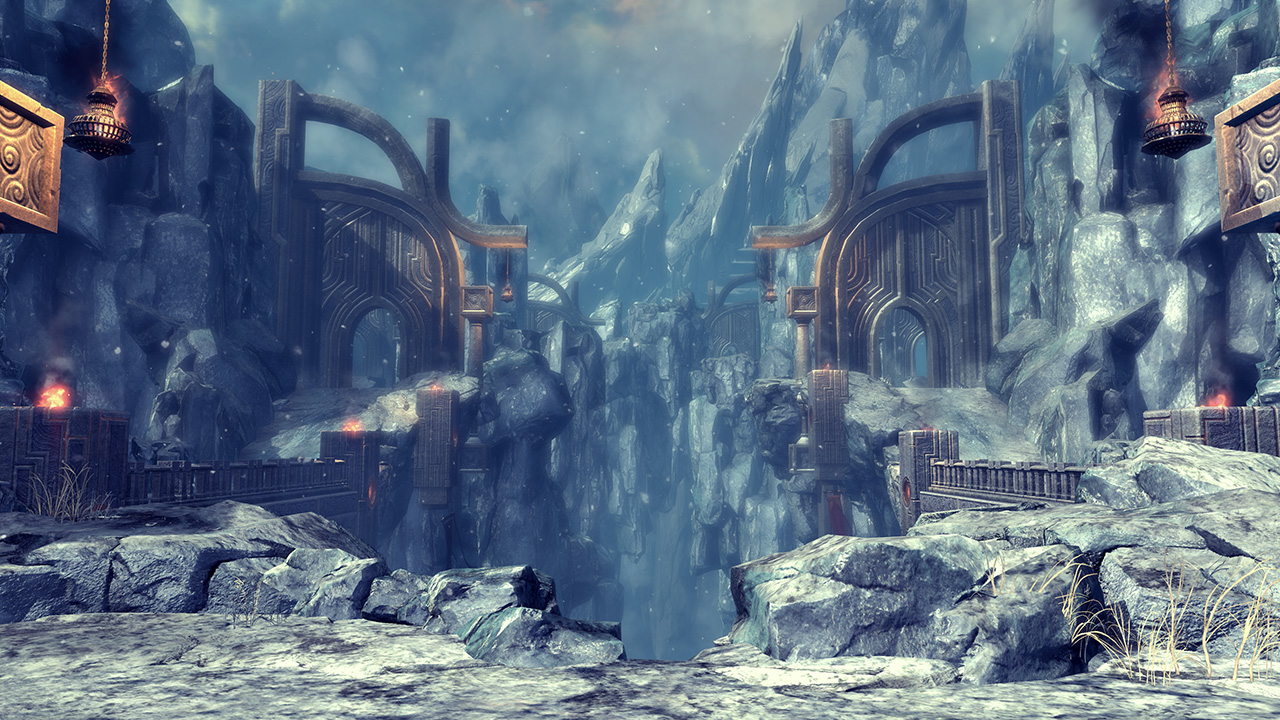 Sogun’s Lament is the most difficult piece of new group content, offering a new pinnacle of difficult content for coordinated groups of players to attempt to tackle. Available in 4- and 6-member difficulty, the drops from Sogun’s Lament allow for the continued progression for weapons and accessories.

Cold Storage is a new Heroic group dungeon that can be completed once per day, unless a Cold Storage Reset is purchased from the Hongmoon Store. It offers consistently sought-after rewards, and most players will want to complete this fairly low-difficulty dungeon every day to assist with their progression. 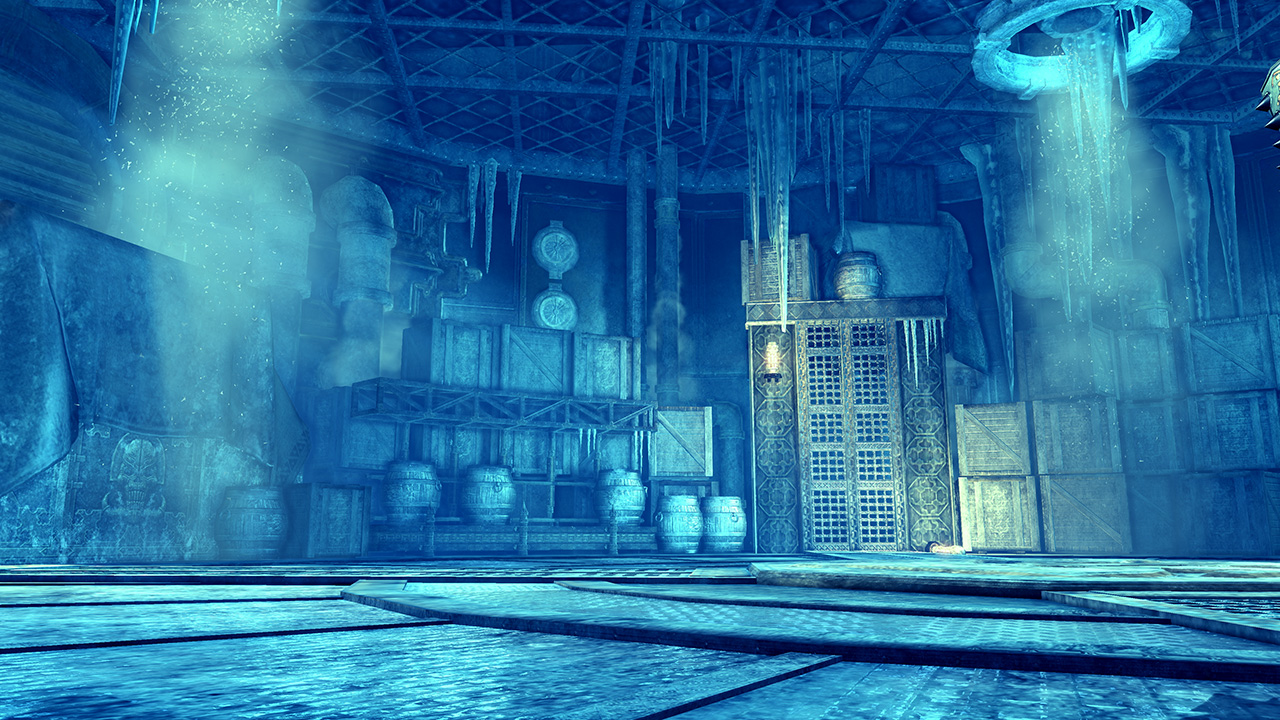 The second boss, Kaari Lord, is optional, and can only be spawned by collecting three colored orbs (which are tradable) from the first boss Winter Mane. By defeating bosses and completing the dungeon you’ll earn rewards like experience, Frozen Stingers, and Freezing Orbs—which can be used to purchase Frozen weapons, Hongmoon Skillbooks, and clan crafting recipes.