Silverfrost Mountains presents an enormous new landmass, and similarly impressive variety of new content, like new zones, quests, dungeons, and cooperative objectives. The Soulstone Plains offers those defending the Cerulean Order or Crimson Legion the ability to fight for their faction, and reap substantial rewards. 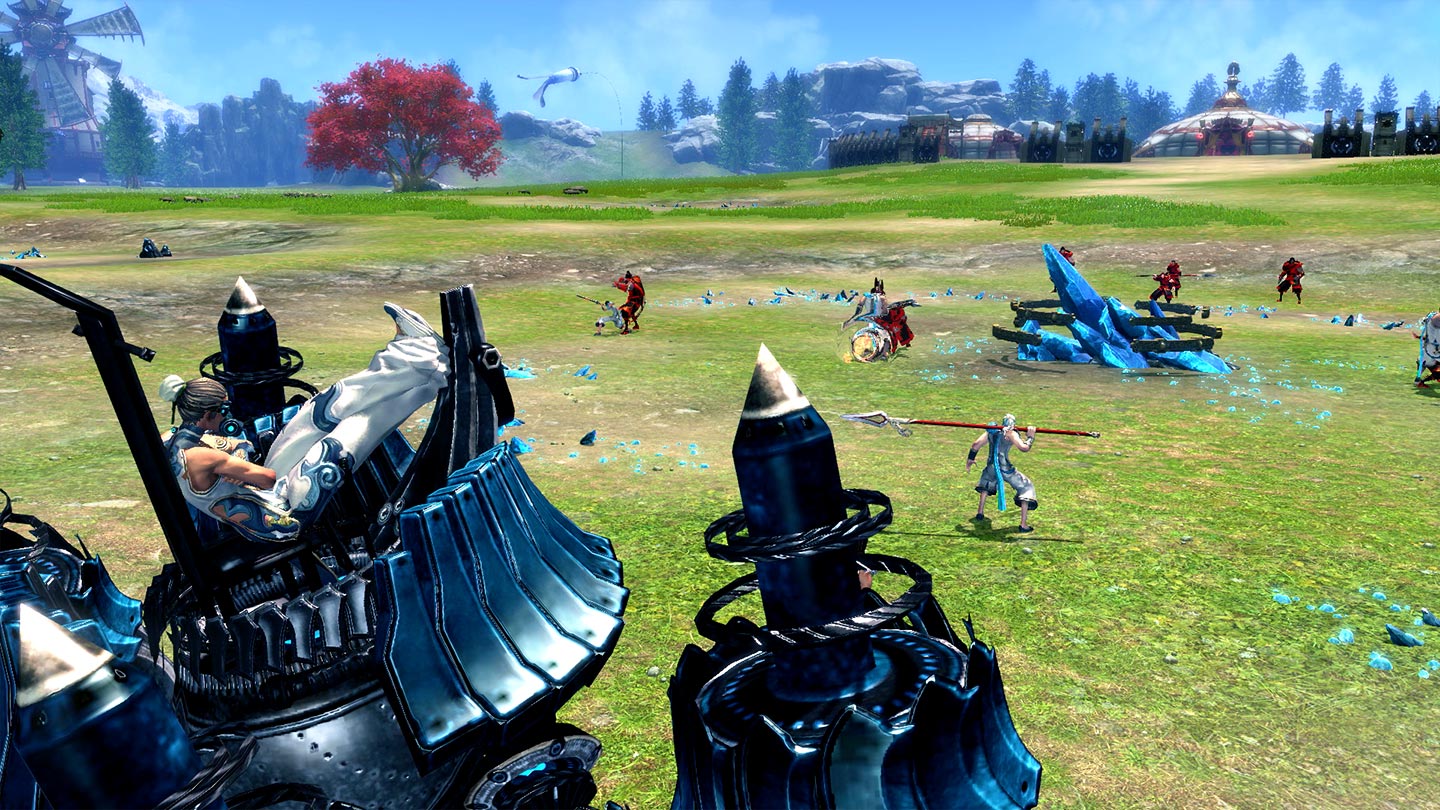 Soulstone Plains is a level 50 faction area, similar to Misty Woods at level 45. Both factions have a base of operations set up at opposite ends, protected by their own armies. In the middle are fields rich with Soulstones, and two large mining drills have been set up to extract them. The battle over the fields and drills are constant over these much sought after resources. 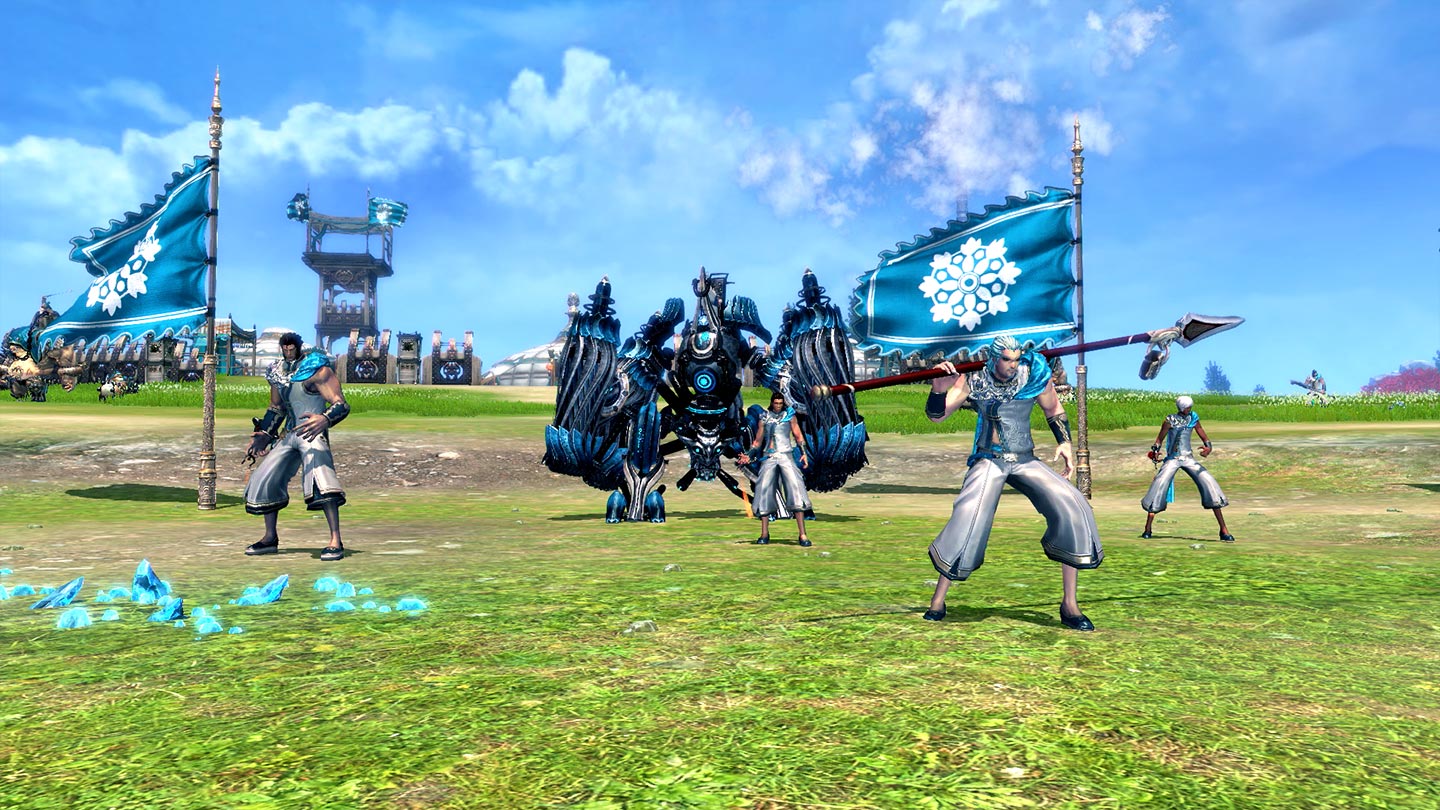 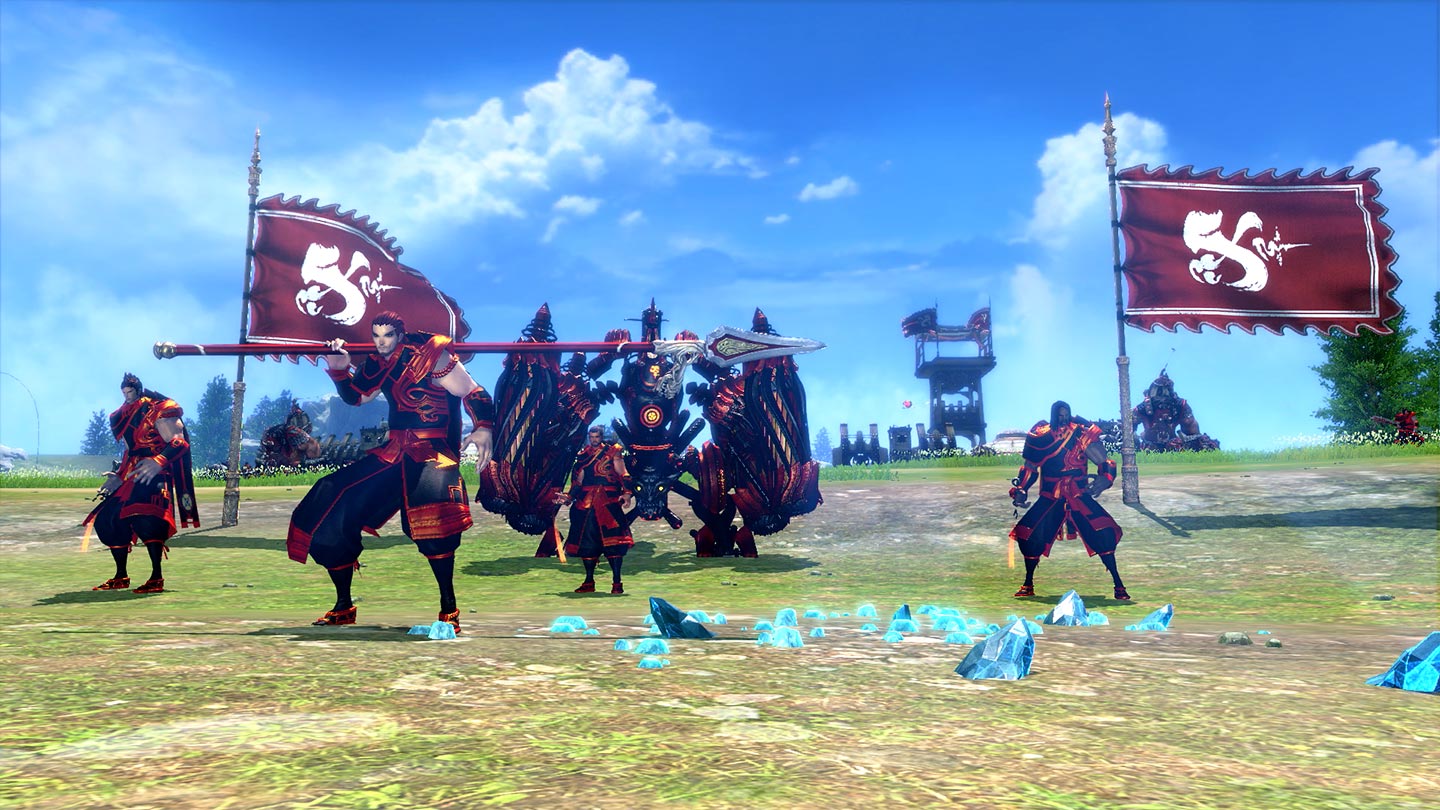 The battle runs constantly at all times throughout the day, and happens in phases. Kill the opposing faction’s primary NPC (Konta for the Cerulean Order, or Suljun for the Crimson Legion) to begin your mining operation. Shortly afterward, your faction will take over the mining drills, and they’ll need to be defended against other players and increasingly difficult waves of enemies. If you successfully defend your mining operation, you’ll be presented with a final challenge to receive your rewards. 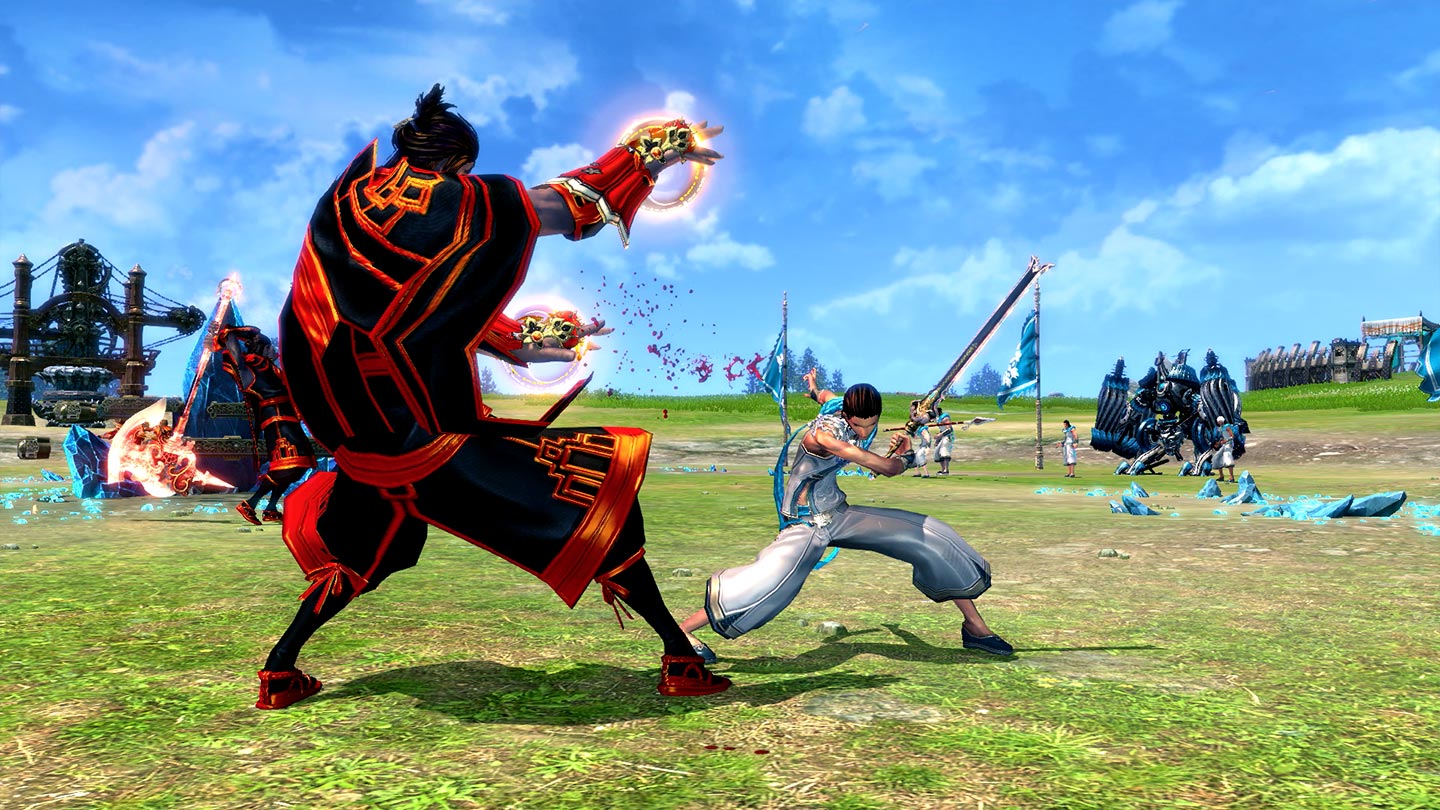 Soulstone Plains is the primary source of Soulstones and Moonstones which are used to upgrade your weapons and accessories. You earn Prestige for killing both enemy players and NPCs, and you can trade Prestige for Faction Contribution Points, buffs for the battle itself, and Soulstone Pouches. There are also a large amount of dailies available from this area that award Soulstones, gold, experience, and Faction Contribution Points.

When the Silverfrost Mountains expansion releases, and once you hit level 50, you’ll want to make the Soulstone Plains a regular part of your adventures.