The Arena offers the ultimate in skill-based competitive play.

When entering the Arena [F9], all players have their equipment and character level equalized. A level 20 player, for example, will scale up to be able to compete against a max level player. But if you’re serious about Arena competition, reaching max level should be a priority. 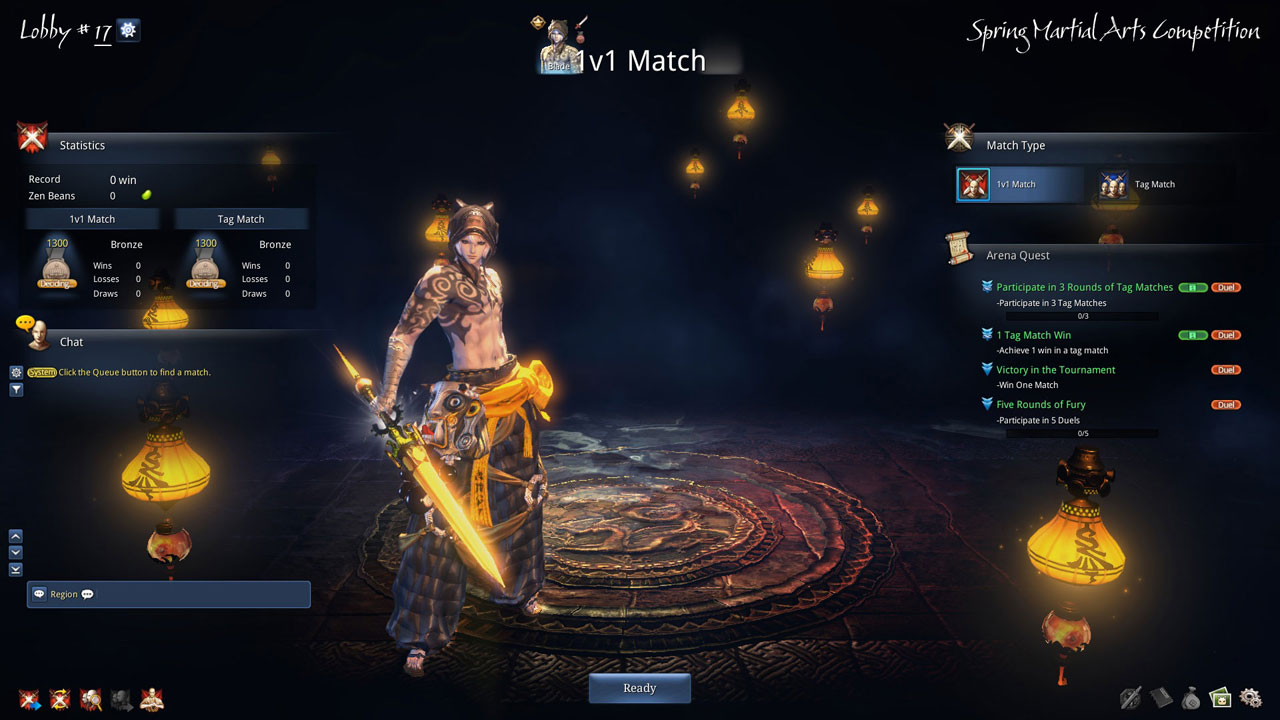 The Arena system will match you up with an opponent of similar skill, based on their ranking, to provide the most even and fair competition possible. If you’d rather practice your martial skills and not affect your ranking, you can choose to spar with other players by selecting the Sparring option at the bottom of the Arena Lobby, and enter your opponent’s character name. Note that entering an opponent’s name is case sensitive. 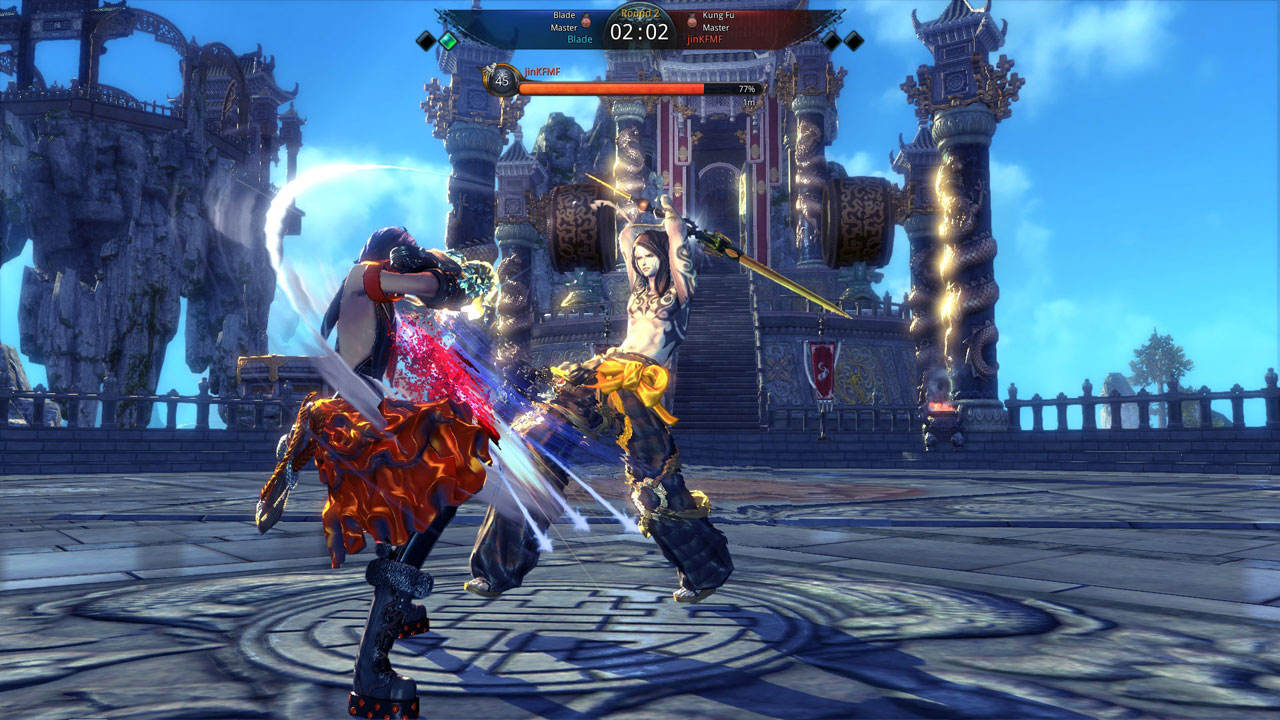 Arena matches are best of three, with each round being determined by either the first player to reduce their opponent’s health to zero, or by the total amount of damage dealt within three minutes—if neither opponent reaches zero health. Survive two rounds to win the match!

You’ll receive PvP currency—Zen Beans—through most forms of PvP, including PvP daily quests. You’ll receive significantly more Zen Beans from winning in Arenas than from losing, and you can spend your Zen Beans on rewards, like skill upgrades, crafting, and upgrade materials. While Blade & Soul will launch with Arenas and their compelling skill-based gameplay, the biggest rewards will come from ranked competitive Seasons, and we’ll have more information after release on Seasons and how they’ll work. 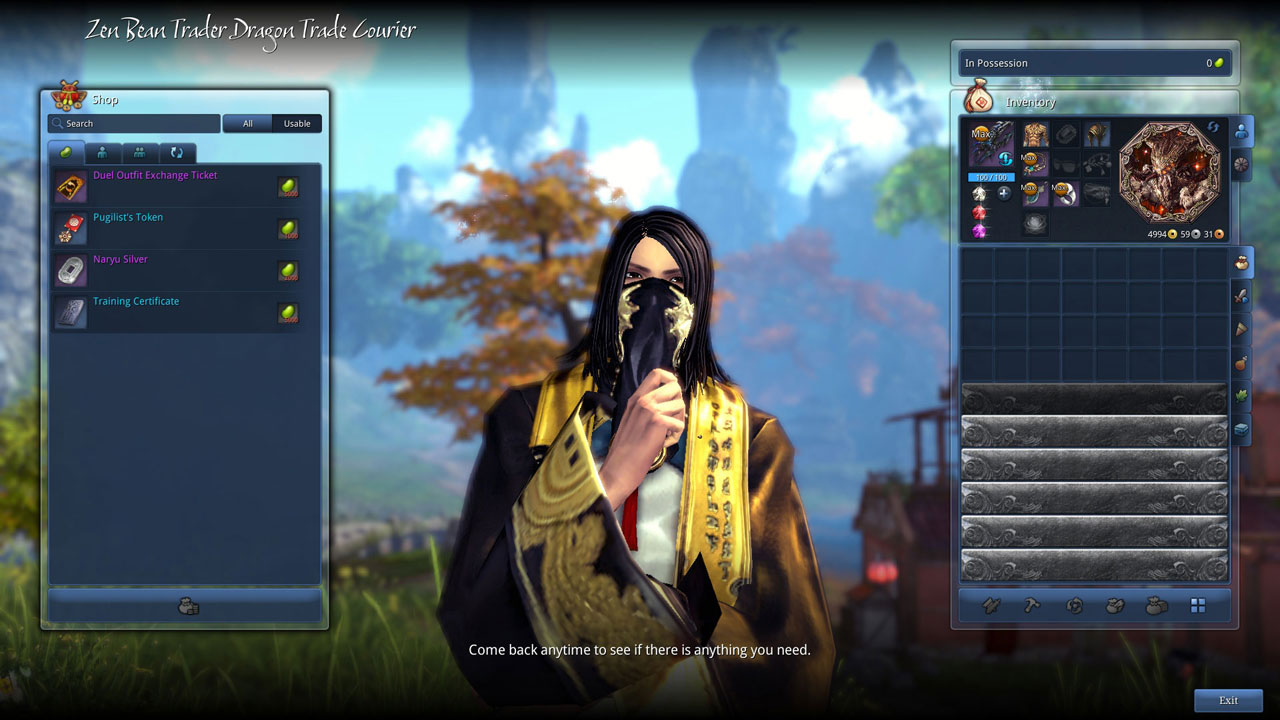 Head to the Arena if you’re up to the challenge, and test your might.