Prepare your crafting materials, the Golden Harvest Festival is on its way!

It’s the season where the air cools, trees take to their brilliant colors, and crops become ripe for the picking. To celebrate the season of plenty, the first annual Golden Harvest Festival will be held on November 8! This festival is a big affair, and needs the assistance from the craftsmen of the Earthen Realm to help with the dining preparations... although, to be honest, the food this year doesn’t look to be the best. Just try to be polite about it. 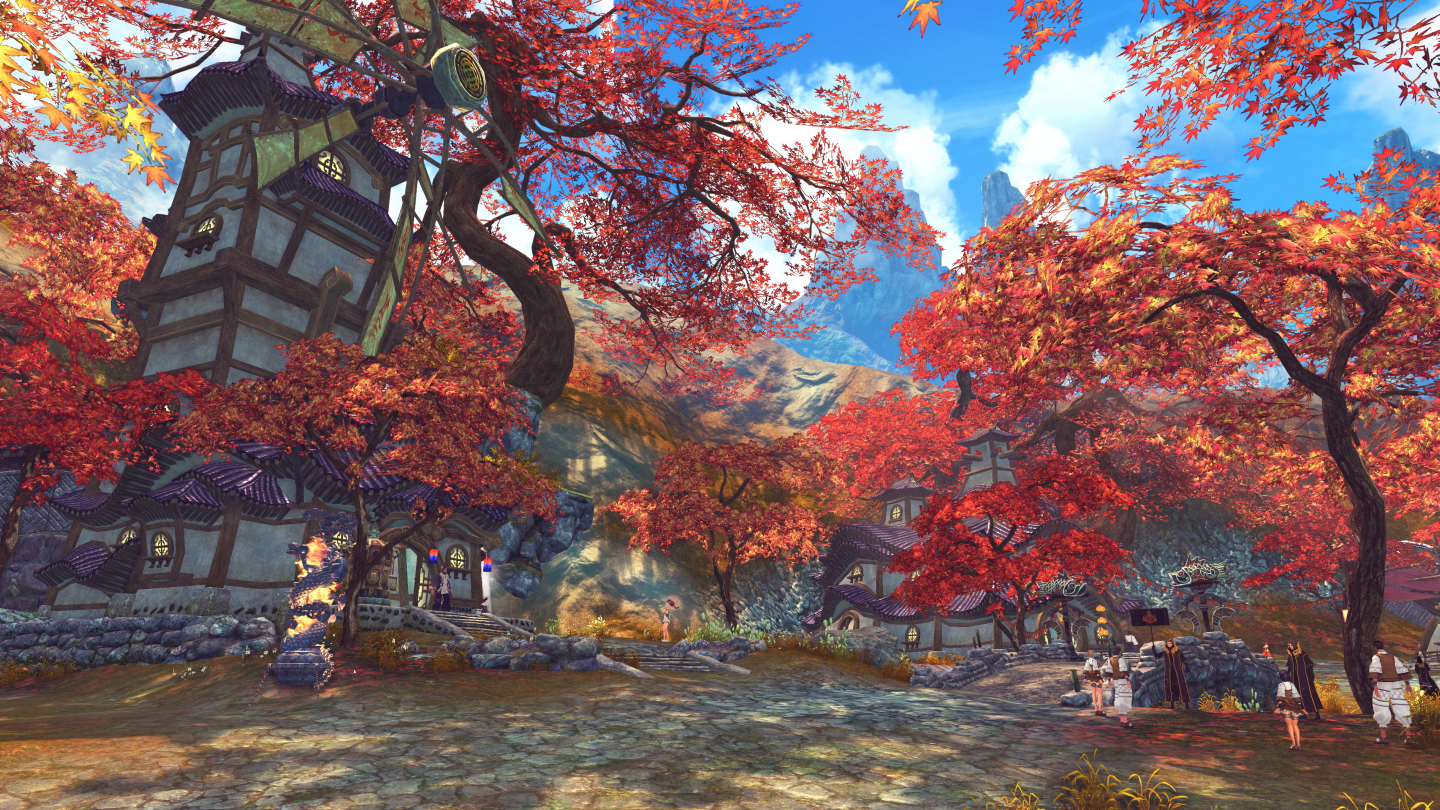 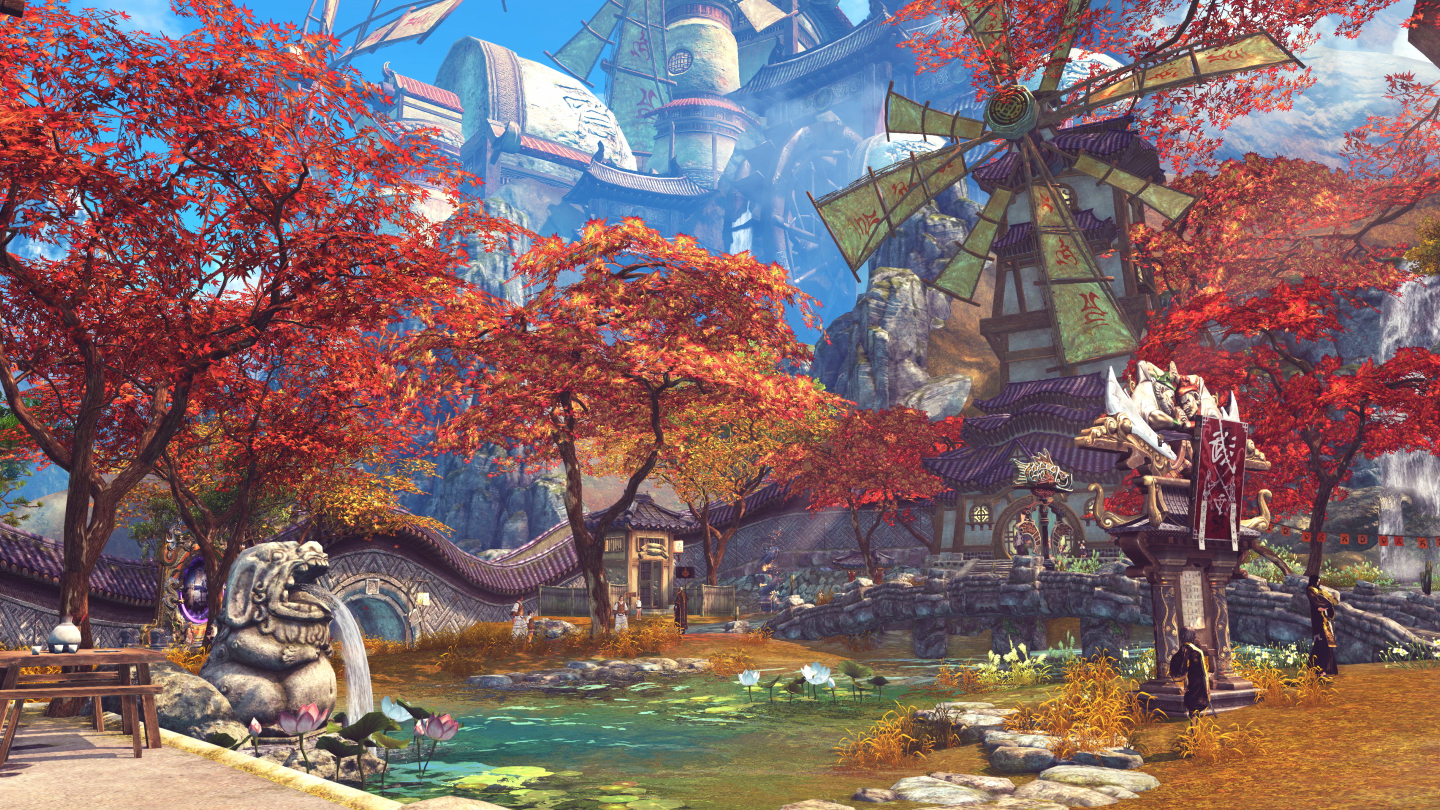 The Golden Harvest Festival calls for all six Crafting Guilds to work together to craft the six items that are required to transmute the bountiful Thanksgiving Box. Six event items per day can be crafted by their respective Crafting Guild, and will require 2 normal and 2 premium crafting guild materials, plus a 1 gold crafting fee to start the order.  Once you’ve collected one event item from each Crafting Guild—a Radiant Lamp, Fine Silverware, a Dining Table, the Secret Family Recipe, a Raw Turkey and Pumpkin Ale—you’ll be able to transmute them into a Thanksgiving Box for 1 gold. In addition to crafting, you can also find one of each event item in certain dungeons daily quests that will allow you to transmute an additional Thanksgiving Box for the day! 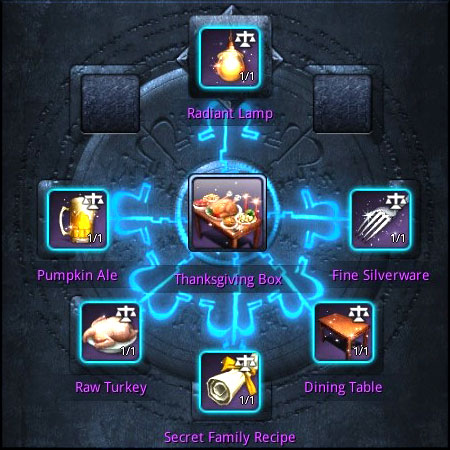 There are many goodies that can be found inside the Thanksgiving Box, including Dried Ginseng, Sealed Sacred Oil, Blackstone, Aransu Orb, and other upgrade materials. You might even find the Thanksgiving Prize Wheel Pouch used to spin the Hogshead Hamlet Wheel of Fate for more rewards, or the three forgotten food items needed for the event exclusive achievement: Stomach of Iron. 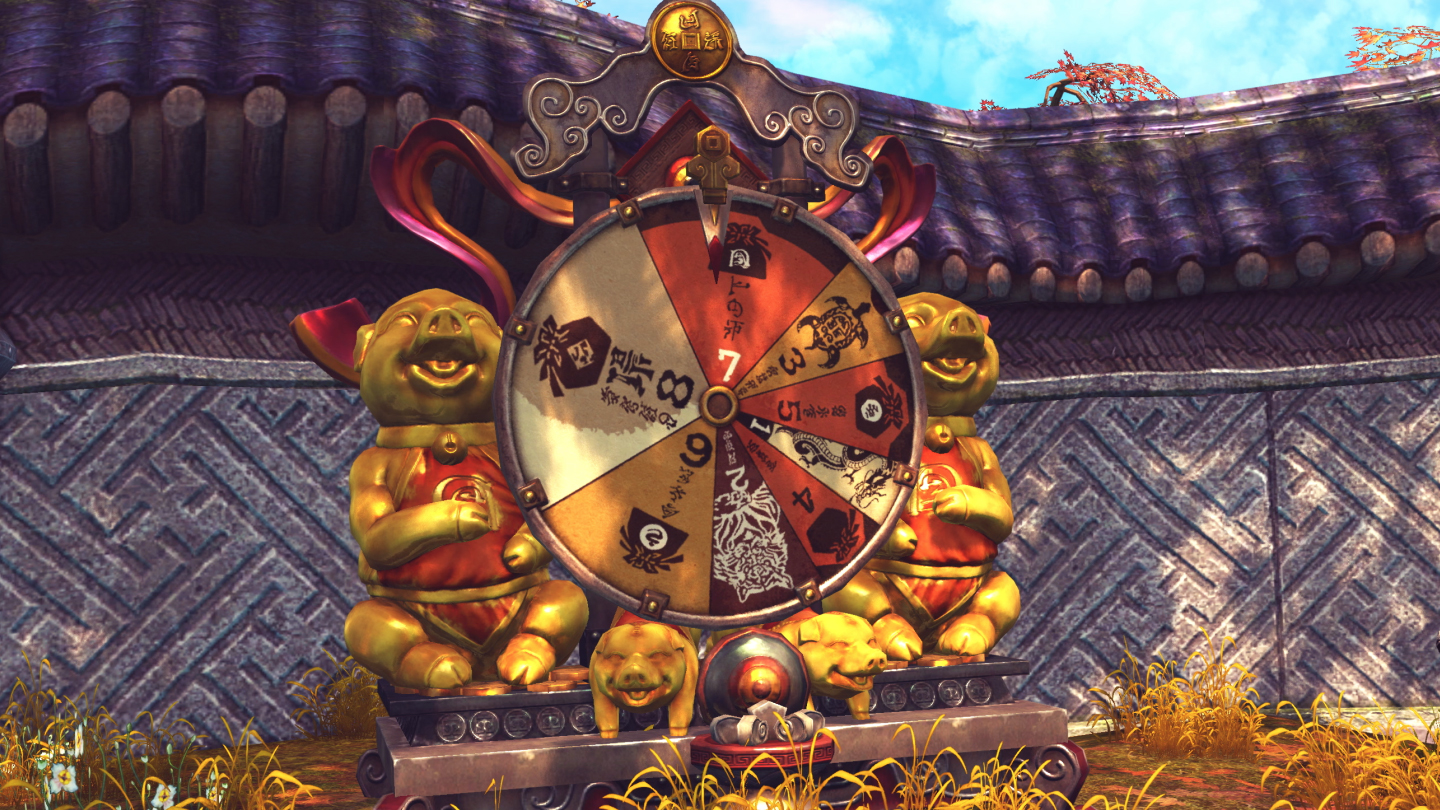 If you’re lucky enough to get a Thanksgiving Prize Wheel Pouch from the Thanksgiving Box, windstride to Hogshead Hamlet in the Moonwater Plains region. Spin the Wheel of Fate using the pouch for extra rewards, including the new Revelry costume set found in the outfit box!

The Stomach of Iron achievement is available while the Earthen Realm is celebrating the Golden Harvest Festival. To earn the achievement you will need to defeat Naryu Sanctum’s final boss, Xanos, five times and consume the three questionably cooked meals that are found in the Thanksgiving Box: Rotten Pumpkin Pie, Not-So-Well-Done Steak and Cold Stale Greasy Potatoes.  Completing the achievement will net you a 10 Attack Power Bonus Attribute and the title Calorie Burner. 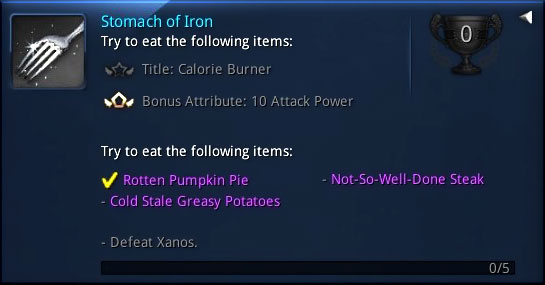 The Stomach of Iron achievement will be granted after all conditions have been met in any order of your choosing.

Arriving to the Hongmoon Store on November 15 until December 6 are two new seasonal boxes. The Plentiful Harvest Crate can be purchased with 139 NCoin or Hongmoon Coin, and introduces two new costumes, a new pet, and a new wing adornment. There’s also a chance to earn a Maple Leaf token from each crate that can be traded within the Dragon Express to help you earn some of the items found in the Plentiful Harvest Crate, including the new Amity Wings, Hongmoon Octagonal and Heptagonal Gems, raid upgrade materials, and more.

The Daily Harvest Crate can be purchased once per account for 1 NCoin per day. Although you won’t find the Maple Leaf tokens in the daily crate, you will have a chance to obtain Hongmoon Hexagonal Gems, Sacred Oil, the Plentiful Harvest Crate, and the Tempting Fate costume.

So get out there, enjoy the season, say thanks, and just try to eat as little of the food as possible—and definitely do not feed any of it to your Familiars, they’re on a very specific diet*.

*The diet consists of food that isn’t terrible.