We covered the general operation of a clan in the Clan Overview, now let’s look at how clans progress.

While you will reap plenty of reputation rewards through battling enemy Faction members, those rewards are best for your clan.

Clans are created at Rank 1 with basic benefits, like a Clan Vault and Noticeboard. You’ll want to increase your Clan Rank as it provides ever-greater benefits. To increase your rank you have to meet certain requirements (detailed below). Some of the requirements include collecting substantial numbers of items, some of which (Soulstones and Faction Insignias) can only be obtained through faction-based daily quests.

In our World PvP article we talked about how you can earn Prestige Points—a temporary PvP currency gained by doing battle with the opposing faction. After collecting enough Prestige Points, you can gain reputation within your faction, and you can also use these Prestige Points to purchase Faction Insignias from your faction’s Coin Exchange Merchant. 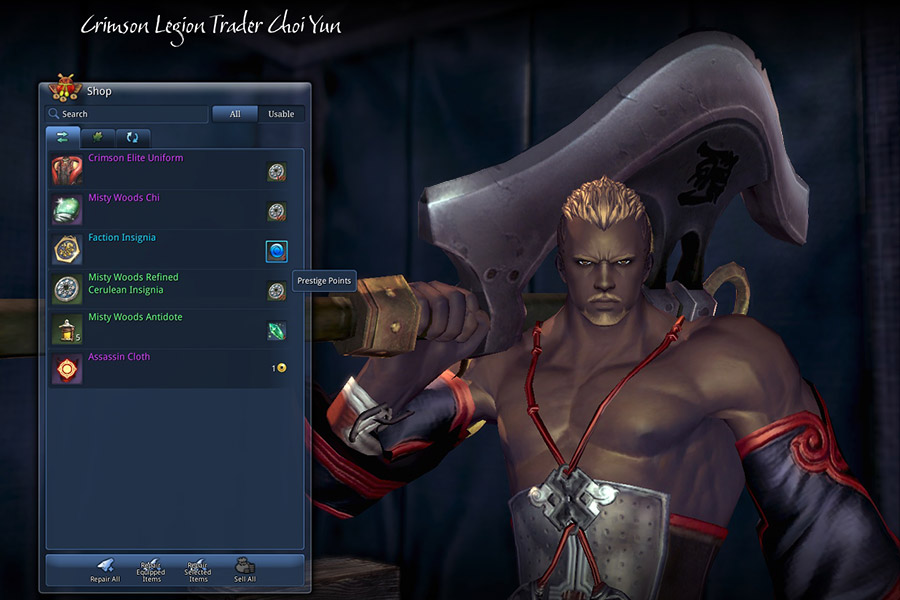 Most items required to increase your clan’s Rank are obtained through gameplay that involves the clan to work together, or to honor their faction. Soulstones and Faction Insignias can, for instance, be obtained from certain enemy faction mobs, or by completing faction daily quests.